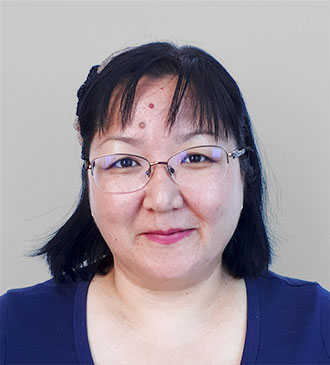 Maira joined IYF in October 2015 as a Finance & Administration Manager. She previously served as a Finance Manager at the IREX Kazakhstan office in Atyrau from 2013 to 2015. Prior to this, Maira worked in a variety of fields including air agency, transport, and construction companies, diversifying her financial experience as an Accountant and Financial Manager. As an economist, Maira has also worked for more than 10 years at government institutions, including the Department of Finance, where she forecasted revenue to the budget of the Atyrau region. She received a bachelor’s degree in Organization of Production from the Saint Petersburg Institute of Technology, Russia. She speaks Kazakh and Russian. While Maira was born and raised in Atyrau, Kazakhstan, she has a passion for travel and exploring new cultures. Maira lives with her son in Atyrau.