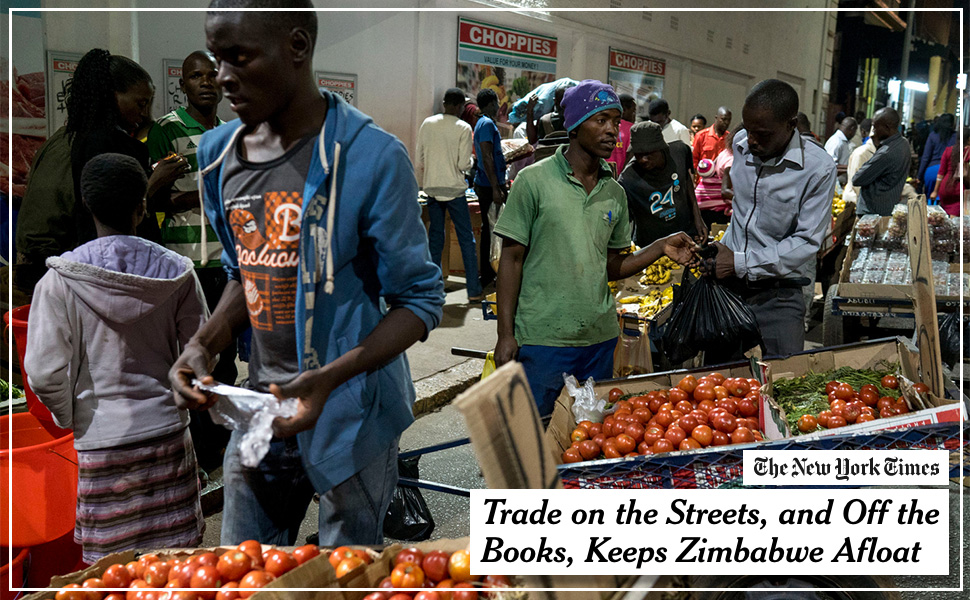 Youth are risk takers. They offer the world fresh perspectives to complex problems, yet the world rarely talks about them this way. Those of us working to support economic development and youth’s role in the economy as they transition to productive adulthoods often see this narrative missing from political and economic discourse—along with the missed opportunity to learn from them. Take, for example, Trade on the Streets, and Off the Books, Keeps Zimbabwe Afloat, recently published in the New York Times.

The article accurately captures the stark reality of the economy of a country where deindustrialization crippled manufacturing and land redistribution resulted in disaster for the former breadbasket nation’s export market. Unfortunately, the article misses articulating or digging into the rest of the story: the positive role of young people.

All of those interviewed in the story are under 40; most are in their 20s, and the youngest is 13. It is not surprising that all those featured in this story are young. Nearly 60 percent of the country is younger than 25. How are these Zimbabweans forging ahead despite the conditions? With no time to wait for regime change or the reforms necessary to secure billions in foreign loans, what can these young people teach us about how to make an informal economy thrive to the point that is does keep a county afloat?

For now, Zimbabwe is as peaceful and as productive as possible, which begs for more attention to the how and why. How is the informal market keeping the country afloat when the formal economy has been crippled to the point that only an estimated five percent of the population holds a formal job?

Statistically, Zimbabwe’s youth hold a small percentage of the small percentage of jobs in the formal economy. Half of those people with a formal job are employed by the government, which struggles to consistently pay its employees due to the cash shortage. Banks, by government mandate, have limited withdrawals to slow the continued loss of dollars circulating in the economy, and the government also has tightly restricted imports to avoid dollars further exiting the country. The picture is bleak, and it’s clear the economy is getting along due to the parallel informal economy, where 95 percent of the county earns a living.

There is also a gender dimension to the formal economy, as women occupy a smaller piece of the pie—and a piece that pays less. As we work on economic development with an eye to engage youth as drivers of growth, we know that to maximize productivity, everyone—men and women—must be engaged to their fullest potential. In Zimbabwe, the formal sector lacks the elasticity to expand for full engagement, but in the unregulated informal economy, youth are coming into their own—including women. It is exciting to see.

With the economic constraints also comes opportunity; at IYF, much of our emphasis in Zimbabwe has been on preparing young people, especially young women, to succeed as entrepreneurs. For example, we have worked with young women like Rudo, who created not only her own job and own business and but also jobs for others. Self-starters like her are maximizing on the market opportunities created by the vacuum of imports.

Zimbabwe’s youth are not sitting back waiting for macroeconomic solutions. They are forging ahead, which, as the New York Times article shows, often means working night and day. They are stepping up to the task and are successfully building their own future in peaceful ways and, considering the odds, with great success.