A Young Filmmaker Takes on the Struggle for Gay Rights

Last week, on the same day that the nation’s attention was focused on the US Supreme Court  in Washington, DC, as it grappled with historic legal issues surrounding gay rights, I was in Baltimore, Maryland, visiting with Harjant Gill, a young filmmaker from India. He cares deeply about these same concerns, but offers a different path to resolve them. 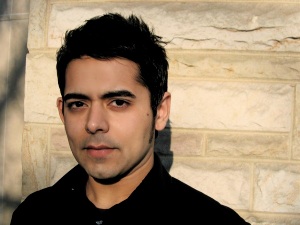 Harjant was born in India to traditional Sikh parents, and recognized early on how the patriarchal dominance imbedded in both the religious and social fabric of his community was marginalizing some people’s lives. On a very personal level, he knows what it feels like to be excluded and alone. At the age of 16, a year after he immigrated with his parents to the United States, he announced he was gay. It was a very painful experience. “My locker was broken into; people would make derogatory comments,” he recalls. Harjant’s parents were deeply disturbed by the news, and initially tried to “change” his mind. He says that in India, the subject of homosexuality was so repressed at the time that there were hardly any words to define it.

When he was 19, Harjant says he discovered the power of film to explore these complex and often divisive issues of sexuality and cultural stereotypes and promote greater public awareness and understanding around discrimination against gays and other marginalized groups. His first film told the stories of six high school students as they examined issues like homophobia, personal image, and relationships. It has since been distributed in high schools across the US. Through his films, Harjant wants people to understand how easy it is to hurt and alienate those “who do not fit into our rigidly defined, black and white ideologies around sexuality and gender.” His most recent film, Roots of Love, now being aired on BBC television, again looks at gender discrimination – this time helping viewers see how these issues are reflected through something as commonplace as the turban worn by many Sikh men in India, and the power and privilege associated with this cultural and religious symbol.

I first met Harjant in 2003 when he was 21, and had just been selected as a YouthActionNet® Fellow for his path-breaking work in film. The program identifies and supports young social entrepreneurs from around the world who, like Harjant, are trying to find new ways to address the really tough challenges facing their communities – whether it’s mobilizing citizens to clean up the local river, helping to promote peace in a community wracked with ethnic violence, or using cell phones to connect jobless youth with potential employers. I remember how soft spoken Harjant was back then -- yet how fiercely passionate he became when talking about his bridge-building work in the gay community that he hopes will encourage greater understanding and trust in the broader society.

“All of my films address issues of identify and belonging,” he explains, with a focus on marginalized members of society. “Getting others to see outside their box and within a larger societal context,” is a key goal for him. In Baltimore, he talked about how deeply troubled he was over the recently reported gang rapes of women taking place in India, and the connection he sees between the dominant role of males in that country and many other societies and the ongoing violence against women. “We can’t have gay liberation until we first have gender equality,” he says.

While laws can prescribe minority rights or strike down legal barriers to equal justice—at least on paper—it is the implementation of those laws, and their acceptance in people’s everyday lives, that so often proves the tougher challenge. That’s why I love what Harjant is trying to do through his film making. He’s all about changing hearts and minds.  He wants to help people confront their own fears of change, and invites viewers to see how these issues of discrimination and marginalization affect real individuals—who could be their sister, friend, or the neighbor next door. He wants people to see themselves reflected in other people’s lives—and to discover a common core of experience. “It’s that connection that you spend countless hours trying to achieve,” he says. “As a film maker, that’s what you live for.”

Today, Harjant is an award-winning film-maker and anthropology professor at Towson University. But he says he still reaches out to his friends and mentors at times for emotional support. “When I started out, I often questioned that what I was doing was valuable. And sometimes I still feel pretty alone. But years ago, this program [YouthActionNet] helped affirm that I was doing something important, and connected me to other young people struggling to break down barriers and change their communities like I was. And that’s made a huge difference in my life.” It’s a valuable reminder that the real path-breakers in society, no matter how courageous and determined they appear, have their moments of self doubt like the rest of us. They need—and have surely earned—our encouragement and support.