One Way to Move Closer to Gender Equality in Palestine 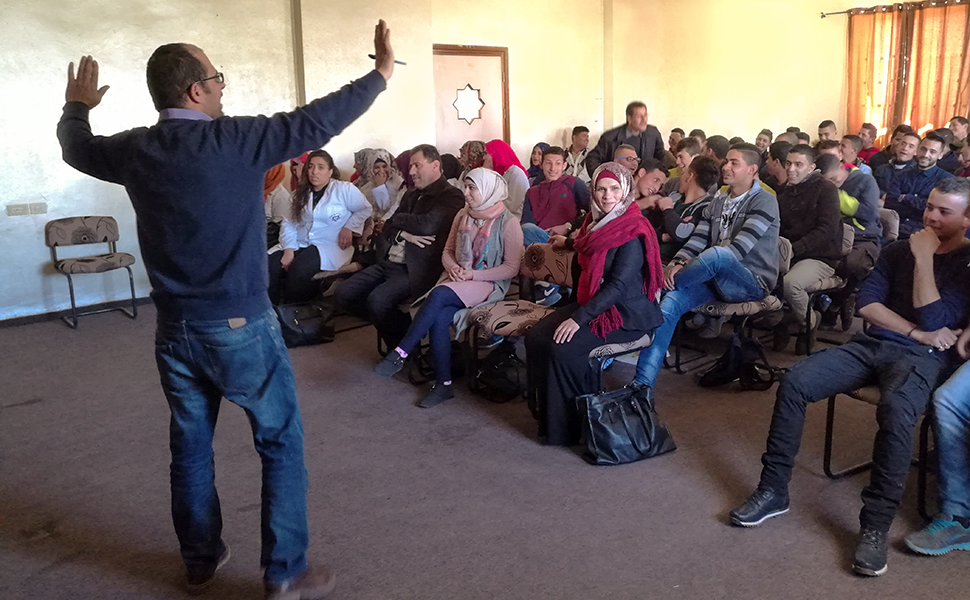 Gender equality in the Middle East and North Africa labor market has been a struggle for years, and Palestine in particular has seen some of the lowest rates of women’s participation in the region. While the overall youth unemployment rate is high, pointing to challenges affecting both young men and women, only 19.3 percent of women were employed in 2016. Traditional ideas of gender persist, as do the barriers they create. One simple but effective way to work towards gender equality is by bringing people together to discuss it.

While a significant amount of systematic change needs to take place to allow youth, and especially women, more opportunities for employment, IYF and its local partner, The Center for Youth Economic Empowerment (CYEE), are taking the first step to achieve the UN Sustainable Development Goal of gender equality, in Palestine. Through a three-year life skills and technical training initiative, IYF and CYEE are working closely with nine community-based organizations and vocational training centers to strengthen their capacity to implement positive youth development programming and deliver workshops on gender to young men and women plus private sector employers.

These workshops have two goals:

More than 70 students of varying technical specialties, as well as representatives from three large companies in Jericho attended the most recent gender workshop, in early February. Sami Sehwiel, General Manager of the Planning Unit at the Ministry of Women’s Affairs and an activist for women’s rights in the country, shared his thoughts around gender concepts, current perceptions of a woman’s role in Palestinian society, women’s participation in vocational education, and opportunities for Palestinian women to contribute to the labor market.

Ahmad Khalab, 20 years old and from Hebron, explained to us that this was the first time he has ever been included in a conversation around gender. Ahmad said that he used to view women as only taking care of their families. “After the workshop, I became convinced that women should have equal opportunities and be able to decide for themselves what they want to do,” says Ahmad. “Because of the critical situation in Palestine, many women have become the breadwinners for their families, which has made me believe that we should change our old ways of thinking around the role of women.”

Walaa Magharseh, a 25-year-old graphic design student, agrees. In addition to the youth and community awareness being raised through these workshops and programming, she believes parents and employers need to be involved to make real change happen. The community and employers must be engaged in this ongoing conversation.

The first step in the process towards gender equality is to explore societal norms, but we must also work to bridge the gap for these young and hopeful graduates between their education and the workforce. Our world’s young people are agents of change. They are open and ready to tackle these challenges, but their communities must be ready to support them, and employers must also be prepared to absorb these young men and women and foster their careers equally.