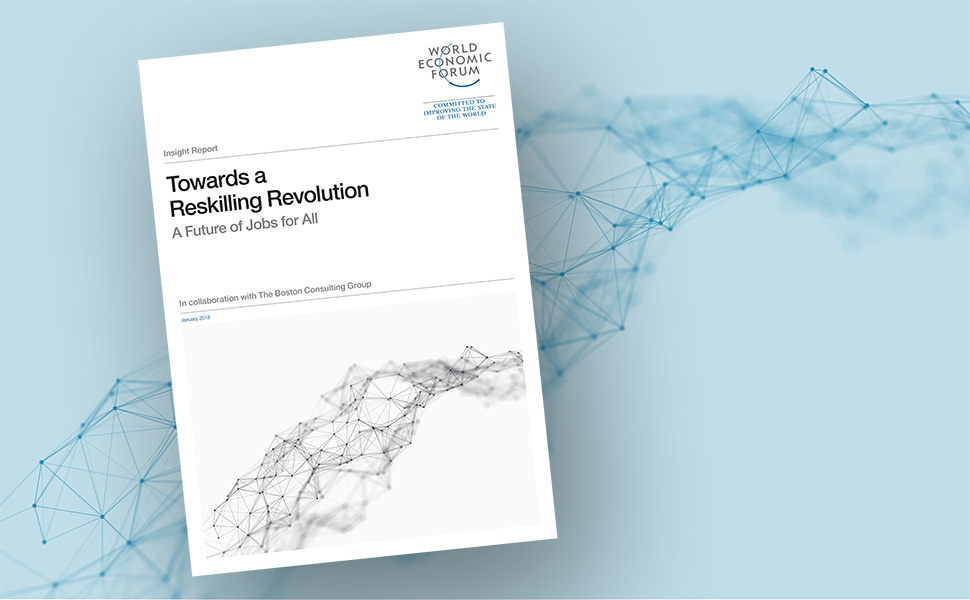 Debate remains about what the future holds for workers around the world, but even relatively cautious assessments regarding job displacement are sobering. According to a recent report from the World Economic Forum (WEF), in the United States alone 1.4 million jobs could be disrupted by 2026.

Drawing from U.S. Bureau of Labor Statistics, the authors of the WEF report—Towards a Reskilling Revolution: A Future of Jobs for All—consider nearly 1,000 jobs ranging from fast food cook to computer programmer. Jobs are disaggregated according to the kinds of skills each requires, the education level necessary, and the duration and types of experience required. Based on this analysis, jobs likely to be lost are compared with other jobs to yield “similarity scores” which indicate the relative ease with which a worker might transition from a displaced job to a viable one.

The following three insights are especially relevant for workers, though the report contains valuable recommendations for employees, employers, and policy makers alike.

As the authors acknowledge, the report considers only the United States labor landscape; however, future reports could expand, using the WEF report’s methodology, framework, and findings as a launch pad, to include a global perspective. To create a reskilling strategy that addresses everyone’s needs, cross-sector partnerships will be fundamental. The WEF report authors allude to potential collaborations among employees, businesses, education institutions, governments, and nonprofit organizations.

The logistics remain to be fleshed out, but it’s not difficult to imagine what different stakeholders could bring to the table. Globally engaged nonprofits like the International Youth Foundation, with decades of experience working in the area of global youth employability, could provide direction in mapping training pathways for young men and women around the world, who often face regional or culturally specific challenges.

The notion that the labor force of today and tomorrow will need to actively upgrade their skill sets—not just once, but many times over their professional lifetimes—is well-accepted, but Towards a Reskilling Revolution: A Future of Jobs for All pushes the future of work conversation in a necessary, new direction: towards developing a concrete, iterative, actionable strategy.