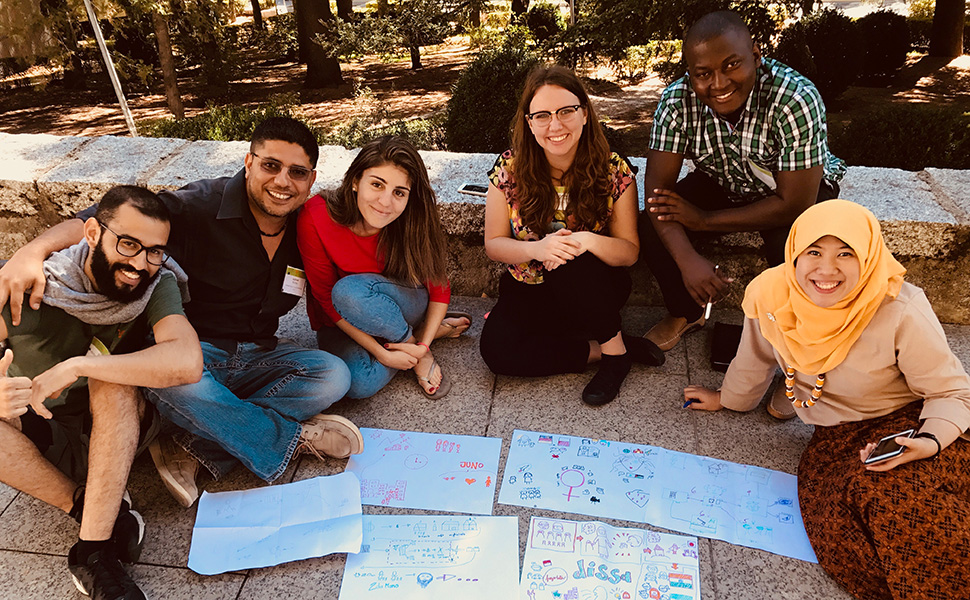 The theme of this year’s United Nations (UN) Day of Human Rights—Young People Standing Up for Human Rights—reflects the fact that young women and men around the world are not just identifying challenges for an older generation of leaders to solve. Guided by their values and beliefs, they are taking action to make change happen.

As the authors of a new IYF report point out, while the issue of human rights is reflected most directly in Sustainable Development Goal 16, which envisions an equitable world, it’s also at the core of most—if not all—of the SDGs. And, as the United Nations emphasizes, “Youth participation is essential to achieve sustainable development for all.” Indeed, as we know well at the International Youth Foundation, young people are already striving across a spectrum of issues to create the future they want, not only for themselves, but for all of us. Below, meet three young change makers who are standing up for human rights.

Roberto Zapata, an LGBTQ rights activist who was runner-up for the 2019 Rice Award, leads the team at AMATE El Salvador. The organization takes an intersectional approach to its work, bringing together different sectors to have a concentrated impact on the economic, social, and cultural rights of LGBTQ people. “Historically, it has been the case in El Salvador that different social movements—for example, movements focusing on sexual orientation, gender, or class—have been working separately,” explains Zapata, “even though they face many common struggles. We’re trying to bring these sectors and organizations together because that’s how we’ll move the agenda of human rights forward.”

Dissa Ahdanisa, 2017 YouthActionNet® Fellow and recently named Obama Leader by the Obama Foundation, started Fingertalk Enterprise—which includes a café, handicraft market, and car wash—to provide employment opportunities for unemployed Deaf youth in Indonesia. “Not many people know sign language,” Ahdanisa explains, “so they don’t know how to communicate with [Deaf people]. When you can’t communicate, you start to make stereotypes, and you start to exclude them from society.” More than just providing meaningful jobs, the Fingertalk Enterprise connects the hearing and Deaf members of the community in ways that promote inclusivity and understanding.

Ayaz Shalal Hassan, 2015 YouthActionNet Fellow, founded Asuda’s Gender-Based Violence Prevention and Women’s Protection Project to ensure that the women in Iraq’s Kurd and Syrian refugee communities understand and take action on their personal rights. "If women don't have the same rights,” he explains, “society won't advance as quickly. Our campaigns promote gender equality while condemning violence and discrimination. We deliver hope to those who have never had it. We can’t give up.”

Learn more about the important work being done by Roberto, Dissa, and Ayaz.