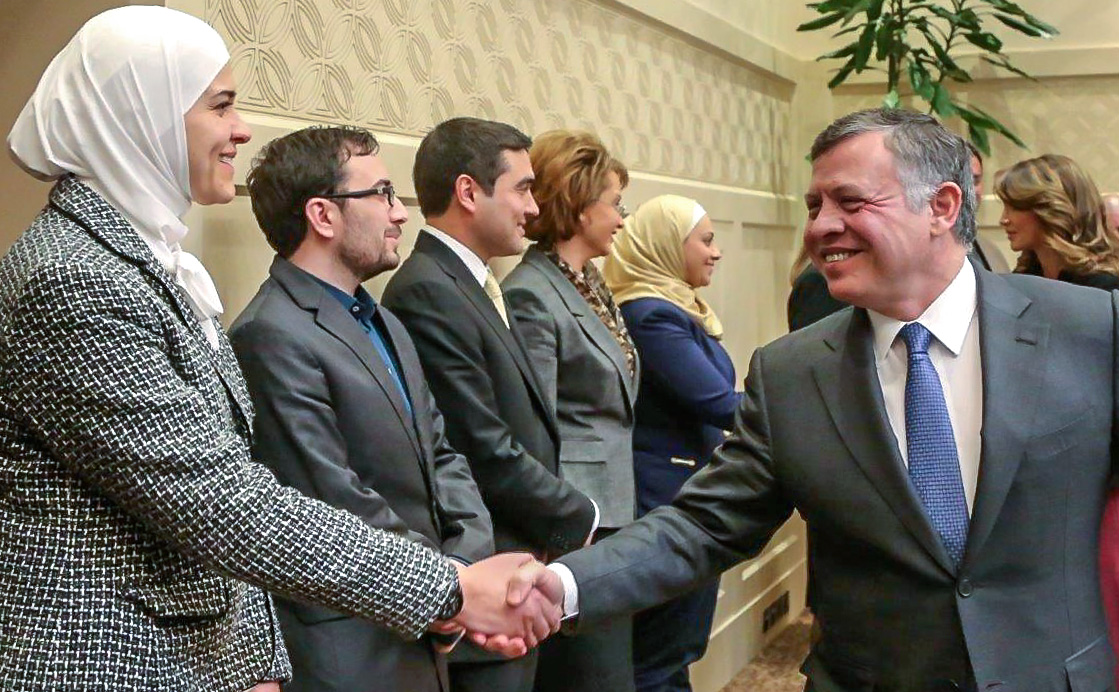 Over the past five years, I’ve seen transformative change in the lives of Jordan’s young change-makers and those their work impacts. But last spring, as Their Majesties King Abdullah and Queen Rania shook hands with BADIR fellows, I knew our initiative had reached a new level.

I’ve worked as the Senior Program Manager of BADIR—an initiative of IYF, Starbucks, and M.H. Alshaya, Co.—since 2011 and have witnessed the momentum building behind youth-led social innovation in Jordan. BADIR is a member of the YouthActionNet® global network. On the day of the event, I stood at the back of the room watching Their Majesties not just greeting our country’s young people, but asking them for guidance. In a country where more than half of the population is under 25, it was encouraging to see the government recognizing this generation’s contributions to society.

In that moment, I had a realization: we are doing more than making an impact in the lives of young leaders and their project beneficiaries. We are fostering an environment that supports and celebrates young people’s efforts to build their nation.

This attention is new in Jordan. A lack of awareness for social entrepreneurship has meant that these young leaders are considered unemployed and not taken seriously. In addition to facing social stigma, they often navigate this challenging work in isolation, lacking access to critical resources, skills, funding, and networks.

The BADIR initiative has strengthened the impact of 65 youth-led social ventures, collectively impacting more than 100,000 lives in Jordan. The young founders of these ventures benefited from training, coaching, innovation funds, connections to critical networks, and media exposure. As a result, they have made significant contributions in areas like health, women’s empowerment, civic engagement, education and green energy.

Fellows have shared with me that in addition to skills and resources, the BADIR experience and ongoing community of support have given them an extra push to continue their journeys. Without this opportunity, many fear they might have given up.

I am proud of BADIR’s role as a leader of this movement, and want to share how we got to this point:

Our society’s systems, governments, and corporations bear the responsibility of ensuring that the efforts of young nation-builders thrive, grow, and multiply. It is my vision that in Jordan, key decision makers will not ask whether we should support youth-led social change; they will ask how.

BADIR has built a movement by listening to young people first. We still have further to go, but when I think of fellows like Lina Khalifeh, who was running self-defense classes for women out of her garage before she was a BADIR fellow and is now moving to her second professional gym because she needs more space, I know that we are headed in the right direction.