How to Avoid a Society of Anger for Youth in Africa 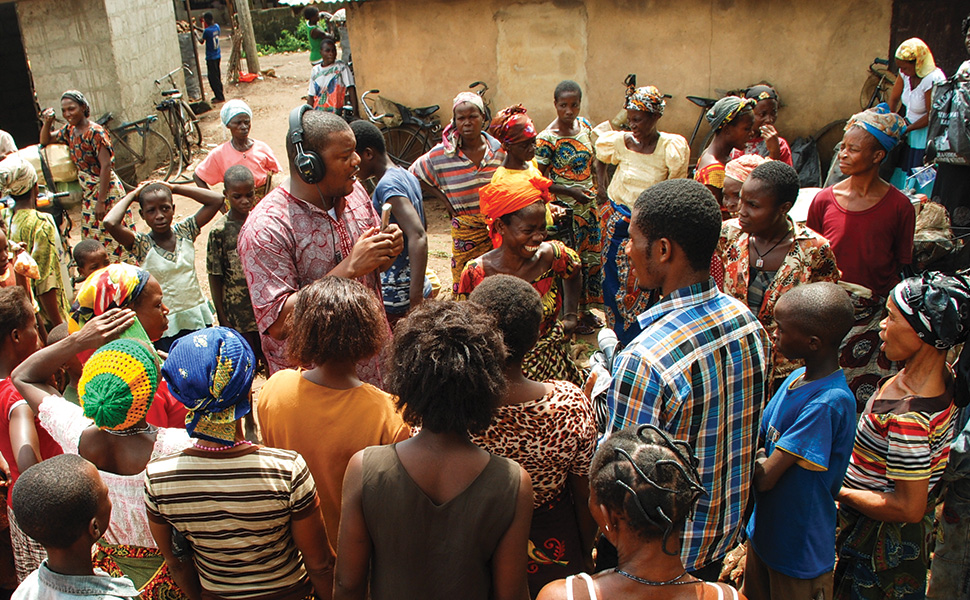 Does a youthful population lead to insecurity?

This question was central to the discussion at the IYF/CSIS event A Youth 3D Panel: Youth & Security in Africa hosted December 16 in Washington, D.C.

"We work in a sea of exclusion," said Dr. Marc Sommers, author of the recently released book The Outcast Majority: War Development and Youth in Africa. "Much of Africa has a profoundly hierarchical culture. An older generation of men dominates the 'mainstream,' while many of the rest, including the majority of the population who are under 50, essentially are excluded."

Matthew Breman, Africa Regional Director at IYF, added, “From the YouthMap assessments we have conducted across the continent, we know that young people just want to be engaged. They want to be part of the political process. But the hierarchical structures really limit this.”

An inspirational young man, Vandalark Patricks, National Director of Students United for Reconstruction and Education-Liberia (SURE-Liberia), added his perspective from working directly with disconnected youth. "Young people who were combatants just wanted to be included. They were frustrated," he said. "We realized that if they see themselves as different they will be part of a society of anger. So we began to connect them back into education through scholarships."

As a direct answer to the question of whether a youthful population leads to insecurity, CSIS Africa Director, Jennifer Cooke, said, “Clearly the answer is no. Young people are often the foot soldiers in these kinds of conflicts, but it has much more to do with the political culture and context in which they find themselves.”

Only a small percentage of young people engage in violence, which is most often instigated by much older politicians. The vast majority of youth are peaceful. Given that so many youth face innumerable barriers and daunting challenges, perhaps there’s a more appropriate question: how have so many young people remained resilient and peaceful? And how do we ensure they continue on this positive path and see new opportunities?

Breman discussed the ways in which IYF helps identify and leverage the passions young people already have. "Very often sport is a powerful platform to draw in youth and help them learn to see how they can translate the skills they learn on the pitch into their life and work," he said. "We also identify people—preferably peers—who can serve as role models, helping promote other youth’s aspirations, and act as mentors for other young people."

Sommers suggested seeking out the music that young people are listening to begin to understand their frustrations and their priorities. What they want is not hidden from us; we just need to know how to listen—sometimes literally. He also recommended featuring qualitative research to assess youth priorities and using them to craft advocacy strategies and programs.

Patricks is living the solution by reaching youth at risk in Liberia and connecting them to education and employment opportunities. Cooke underscored the importance of access to quality education and the need to expose insulated and isolated youth to a broader range of ideas, people, and possibilities.

Whether it takes a form such as classroom education, job training, or simply recording what youth want, engagement plays a powerful role in avoiding a society of anger for youth in Africa.