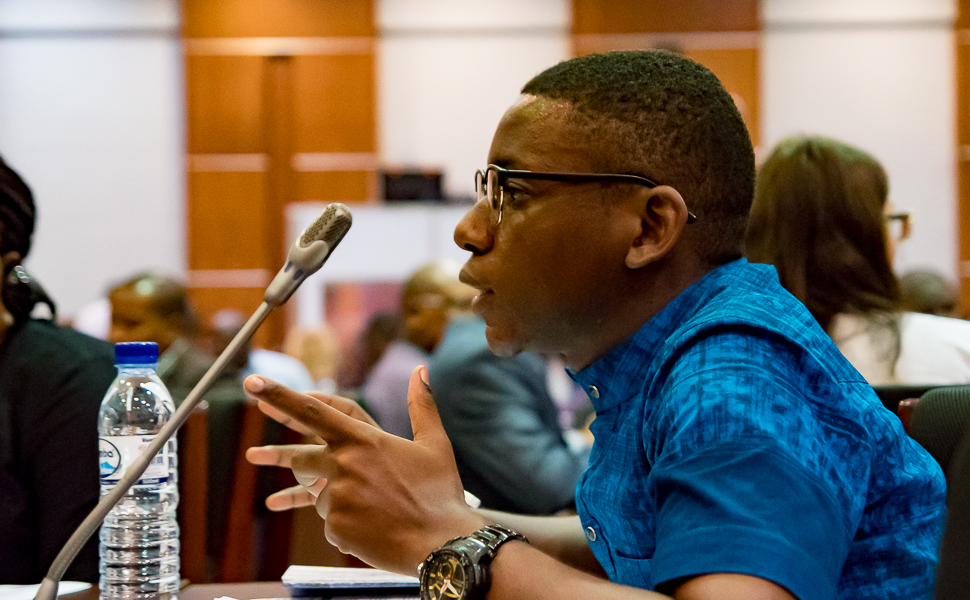 On March 25—in the wake of Cyclone Idai—over 200 international stakeholders including young leaders and influencers from government, the private sector, and civil society joined IYF in Maputo, Mozambique. The event that brought them together, Partnering for Progress, facilitated a critical dialogue about transforming the education and training systems that prevent millions of young Africans from accessing economic opportunities, securing decent work, and realizing the future they want.

In Africa, young people make up 60 percent of the unemployed population. As IYF’s CEO, Susan Reichle, explained, this fact is made more tragic since “so many companies are in need of skilled workers.” The day’s theme highlighted youth employment as one of the world’s most pressing societal issues, which requires all key stakeholders at the table—government, private sector, civil society—for success. To address a challenge of this scope, business as usual is not good enough. “Real systemic change can’t be reached one project at a time,” Reichle added. “We have to work within the larger system, and there’s no time to waste. We must act—all of us together!”

The Via program, launched by IYF and the Mastercard Foundation to help young people in the region unlock economic opportunities through employability, entrepreneurship, and life skills training, is pushing boundaries by applying a systems approach to this complex challenge. Success is dependent on genuine partnerships grounded in trust and a common vision that influence and guide all stakeholders. Although there may be consensus around a particular intervention—for example, Via’s integrating life skills into national TVET training systems and curricular standards—but that alone is not enough. Relationships with key decision-makers and application of adaptive management principles are equally critical to success.

“Technical, vocational, and entrepreneurship systems are standing in the way—there will be no decent work or economic growth unless we ensure these systems are truly youth-inclusive.”

A highlight of the day was hearing from young people themselves through a lively debate about the value of employment vs. self-employment. Key topics emerged around the importance of investing in oneself—through internships, for example, or volunteering—and the acquisition of market-driven digital and soft skills, which are equally important for success. These comments were substantiated by youth-led panel facilitators and program graduates such as Debora Lugola who said, “Through Via, I gained many life skills including self-confidence, self-control, and conflict resolution. I’m now a role model in my community.” Indeed, Debora’s comment captured what other young participants noted about the transformative nature of the Via program in their lives.

“Before, I was quite unconfident. Passport to Success® woke something that was sleeping inside myself and helped me know that I am capable.”

Through a youth-driven approach, the Via program has built credibility among young people. More than that, though, Via illustrates that partnerships must include young people. Alice Gugelev, Director of the Global Development Incubator, noted that Africa is the only place on Earth where the youth population is rising. “We should see this not as a problem,” Gugelev explained, “but as an opportunity. We must see youth as assets.”

“To the young people we would like to say—we believe in you. You can make things happen.”

—H.E. Oswaldo Petersburgo, Vice Minister of Labor, Employment, and Social Security for the Republic of Mozambique

While equipping a young person—or even a hundred young people—with skills and resources that lead to economic and personal growth is a worthy and significant goal, the outcome and impact is relatively short-term. “Systems change is how we make things happen,” explained Unami Mpofu, Senior Programme Officer, New Partnership for Africa's Development (NEPAD). In other words, when the systems that influence economic opportunity are re-shaped to be more youth-inclusive—because many of them are not—the impact can be deep and lasting. The Via program, for example, applies a systems-change approach to the region’s technical and vocational education and training (TVET) institutions, which can benefit not only young people entering the job market today, but 10, 20, 50 years from now.

“Mastercard is committed long term to improving the quality of education and vocational training so that young people are equipped with the skills they need to grow and prosper.”

The success of the event in the wake of a natural disaster demonstrates the importance of the issues, the dedication of all those involved, and the power of partnering for progress.