3 Takeaways from a STEAM Festival in Kazakhstan 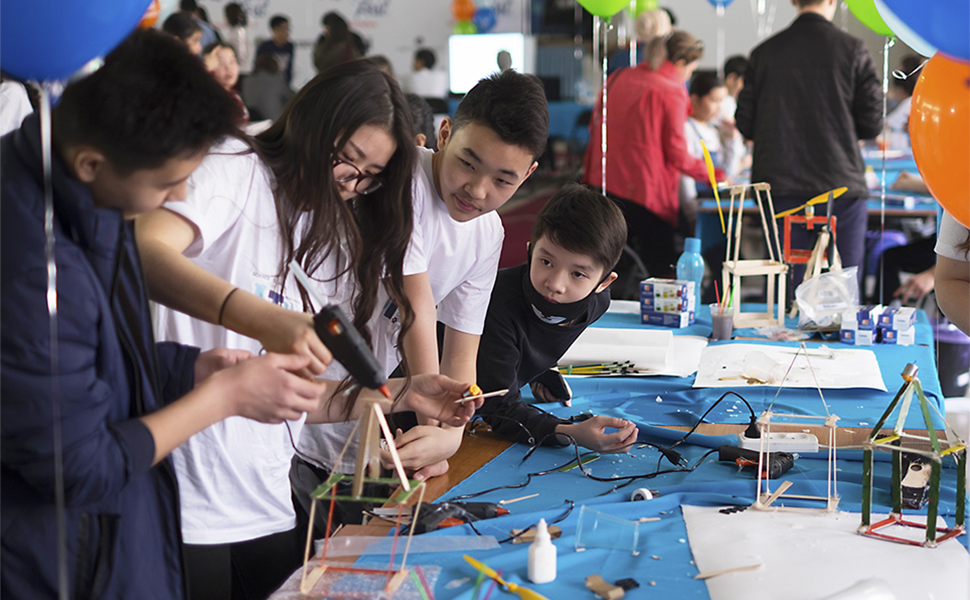 To some, STEM—science, technology, engineering, and mathematics—might sound difficult, boring, or simply unfamiliar. Through the Zangar initiative in Atyrau, Kazakhstan, we've set out to support young people not just in deepening their skillsets, but in expanding their understanding of how fun, creative, and rewarding a STEM education can be.

The idea of a curriculum focused on STEM is still relatively new in Kazakhstan. In partnership with Chevron and the Akimat of the Atyrau region, Zangar has helped expand life skills and STEM programming in the area and also hosts family-oriented learning events for parents and children from the community. I recently traveled to Atyrau to attend a community STEAM Festival—the A stands for art. Dozens of teenaged volunteers, many of whom were Zangar participants, stood behind activity tables as parents and children filed in. At one table, an interactive map of Kazakhstan displayed vivid images of a location on a screen whenever a child answered a question correctly about a specific region on the map. At another station, children made melodies by turning the crank of a wooden music box that was built in Fabrication Laboratory Atyrau (Fab Lab Atyrau) using laser-cutting technology. Through fun, hands-on activities like these, volunteers taught children and adults interesting science-related principles.

Here are 3 additional takeaways that came across loud and clear at the Zangar STEAM Festival.

At the end of the STEAM Festival in Atyrau, the band Strings played for the crowd. Demonstrating the depth of his creativity, Kenzhebek picked and strummed an acoustic guitar while two other young people sang. I stood next to a boy wearing a baseball cap with the word HOPE written on the front in big gold letters. If what I experienced at the STEAM Festival is any indication, the future for Kazakhstan's young people will indeed be a hopeful one.